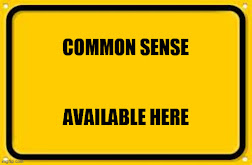 I saw this on the social media everybody loves, but which is LIBERAL AND BIASED AGAINST ANYONE WHO DOESN'T AGREE WITH THEIR NARRATIVE.  I didn't write it -- but I agree with it.  And, I don't know why it would harm anyone - especially THEIR COMMUNITY STANDARDS.  And, let me tell you, friends, their standards are evil, twisted, demented, and demonic.  I'm moving to MeWe.
~~~~
Please leave the politics out of this and read it with an open mind using common sense.
COPIED FROM A FRIEND:
"I have done my best to respect the diverse opinions regarding COVID-19 over these past few months, but I have these nagging questions about it... A friend posted this and it brilliantly sums up my train of thought:
Anyone out there who can tell me what our end game is with the covid 19?
What is the magic formula that is going to allow us to sound the all clear?
Is it zero cases?
The only way that will happen is if we just stop testing and stop reporting.
Is it a vaccine?
It took 25 years for a chicken pox vaccine to be developed.
The smallpox inoculation was discovered in 1796 the last known natural case was in 1977.
We have a flu vaccine that is only 40 to 60% effective and less than half of the US population choose to get one, and roughly 20,000 Americans will die of the flu or flu complications.
Oh, you'll mandate it, like other vaccines are mandated in order to attend school, travel to some foreign countries, etc.
We already have a growing number of anti vaxxers refusing proven, tested, well known vaccines that have been administered for decades but aren’t necessarily safe!
Do you really think people will flock to get a fast tracked, quickly tested vaccine, whose long term side effects and overall efficacy are anyone's best guess?
How long are we going to cancel and postpone and reconsider?
You aren't doing in person school until second quarter?
What if October's numbers are the same as August's?
You moved football to spring?
What if next March is worse than this one was?
When do we decide quality of life outweighs the risks?
I understand Covid can be deadly or very dangerous for SOME people, but so are strawberries and so is shellfish.
We take risks multiple times a day without a second thought.
We know driving a car can be dangerous, we don't leave it in the garage.
We know the dangers of smoking, drinking and eating fried foods, we do it anyway.
We speed, we don't buckle our seat-belts, we take more than directed.
Quite a few people don't think twice about unprotected sex, they just hop right to it.
Is hugging Grandma really more dangerous than rush hour on the freeway?
Is going out with friends after work more risky than 4 day old gas station sushi?
Or operating a chainsaw?
When and how did we so quickly lose our free will?
Is there a waiver somewhere I can sign that says, "I understand the risks, but I choose a life with Hugs and Smiles, and the State Fair and Concerts and Homecoming."
I understand that there is a minuscule possibility I could die, but I will most likely end up feeling like crap for a few days.
I understand I could possibly pass it to someone else, if I'm not careful, but I can pass any virus onto someone else.
I'm struggling to see where or how this ends.
We either get busy living or we get busy dying.
When God decides it's your time, you don't get any mulligans, so I guess I would rather spend my time enjoying it and living in the moment and not worrying about what ifs and maybes, and I bet I'm not the only one."
. 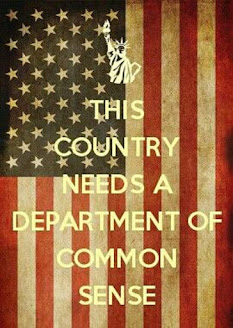 Posted by Gail Griner Golden at Gail-Friends at 1:04 PM 2 comments: