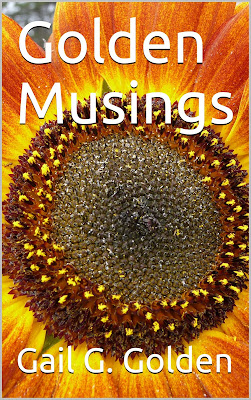 Have you ever written a poem?  Until I was twenty-eight years old, I hadn't either.  My newest book, Golden Musings, is a collection of some of the poems I've written since then.  In the book, I share that first poem and the story behind how and why it was written.

I could have titled this book Love Songs To My Savior because all of my poems have been written while worshipping, praying, meditating on the Scriptures, or while observing God's beautiful creation.    As I spend time with my Heavenly Father, the musings form in my mind, demanding to be recorded in my journal.

The process works like this:  At first, the beginning, rhythmic words of the poem waltz slowly through my mind.  Then, they dance in place until I write them down.  Once I do, a new line dances through.

I pray these musings will bless you, dear Gail-Friends, and I encourage you to write your thoughts, and His words to you, in your own journal.

Golden Musings can be purchased in print or as an e-book HERE.

Posted by Gail Griner Golden at Gail-Friends at 7:29 PM No comments: 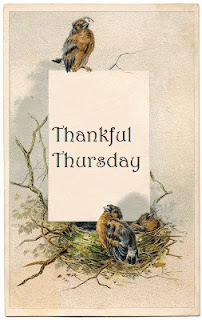 This week, we saw the movie, Midway.  As I watched the battles between the American and Japanese fighting forces, I thanked God for our brave military members.  I'm grateful for those in the past as well as for the current members.  These brave souls were, and are, willing to lay down their lives for you and me.  Their commitment and courage are to be commended.   Every time we see a veteran, we say, "Thank you for your service."

Jem particularly enjoyed the vintage airplanes in the movie, since he's the curator of a local warbird museum.  Both before and after, he shared volumes of information with me about the battle and the men portrayed, such as Nimitz and Doolittle. (He's not only my personal rabbi, but is also my own personal encyclopedia.) He was honored to meet Dick Cole, the last living member of the Doolittle Raiders.  I remember how excited he was to have his picture made with him that day.  Dick Cole was Jimmy Doolittle's co-pilot, and he passed away in 2018.

For Veterans Day, we attended an event honoring our local veterans.  Jem walked with the Navy vets in the parade.  It was raining, so the turnout was light, but it was a good show of support for these brave men and women.  Sorry for the blurry photos, but I was running to get ahead of the parade, plus it was drizzling rain. 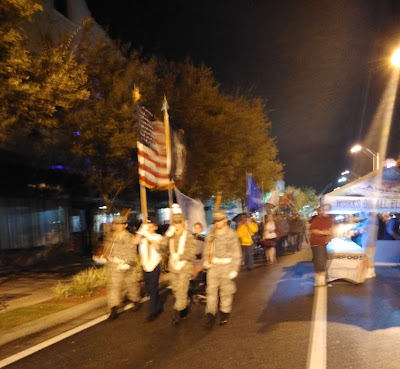 God bless our veterans, and God bless the mothers and fathers who support and encourage their sons and daughters in their service to our country.  It's not easy to do.  But like Jem says, "Somebody's got to do it."  So, I'm thankful for the parents, the spouses, and the children of those who serve.  They should also be recognized and commended.  Speaking of that, I encourage you to read and share the book I recommended recently, 52 Weekly Devotions for Families Called to Serve.  The book is a blessing and a great resource for parents and grandparents.

What are you thankful for this week, Gail-Friends?  I'd love to hear about your American heroes.

P.S.  I'll have a big announcement next week, so be sure to stop back by on Thursday.

Posted by Gail Griner Golden at Gail-Friends at 4:17 PM No comments:

Sabbath Music - Oh, Love That Will Not Let Me Go

This song has been playing in my head ever since I read the words during my meditation time earlier this week:


Oh, Love That Will Not Let Me Go
by George Matheson

Oh Love that wilt not let me go,
I rest my weary soul in thee;
I give thee back the life I owe,
That in thine ocean depths its flow
May richer, fuller be.

Oh light that followest all my way,
I yield my flickering torch to thee;
My heart restores its borrowed ray,
That in thy sunshine’s blaze its day
May brighter, fairer be.

Oh Joy that seekest me through pain,
I cannot close my heart to thee;
I trace the rainbow through the rain,
And feel the promise is not vain,
That morn shall tearless be.

Oh Cross that liftest up my head,
I dare not ask to fly from thee;
I lay in dust life’s glory dead,
And from the ground there blossoms red
Life that shall endless be.

The story behind this song is so heart-rending.  You can read that story at this LINK.

I listened to half a dozen renditions (and tunes) of the song before I found this one,  "O Love" performed with original music by Elaine Hagenberg

The lyrics of the song give me chills every time I hear or read them, and this version makes me feel like the angels are giving Adonai all the praise my heart cannot express.   I have to praise Him when I think back over my life and how He has protected, guided, loved, and blessed me.  I'm so thankful for that love and, like the song says, "His love will not let me go."  Haleluyah!  I will give Him glory forever!

This song is part of a playlist that is wonderful for His Sabbath.  I hope you enjoy it  -- Good Shabbos to you, Gail-Friends!

** graphic used by permission from MiYah Music on Facebook.

Posted by Gail Griner Golden at Gail-Friends at 8:20 PM No comments:

November 1 and I can feel Fall in the air.  It's supposed to get down in the upper sixties tonight, so I might get to wear that new pink sweater I bought recently.

Last week, I talked about worship, and continuing that theme, today I'll talk about dancing in worship.  Have you ever done it?  Like I said before, I was raised in a Southern Baptist church and they frowned on such things.  But when I was introduced to Messianic Judaism, I was thrilled to see people dancing during worship.

At our synagogue, we dance and use flags and tambourines every week.  I love it.  It's called Davidic worship and it's called that because David (of the Bible) danced in the streets in worship to Adonai.  You can read all about it in 2 Samuel 6.  It's very interesting and this song is based on that Scripture:  David Danced by Joshua Aaron.   I hope you enjoy it and I hope you dance! You don't have to be a trained dancer.  You don't have to know any steps or routines.  Just turn on the music and move in rhythm with the music.  Raise your hands, dance, and worship our Heavenly Father.  I know you will be blessed and filled with JOY when you do!


Have a wonder-full, worship-full, and rest-full Shabbat and a good week ahead.

*** both graphics used by permission from MiYah Music on Facebook.

Posted by Gail Griner Golden at Gail-Friends at 6:30 PM No comments: