It's Not the End of the Story 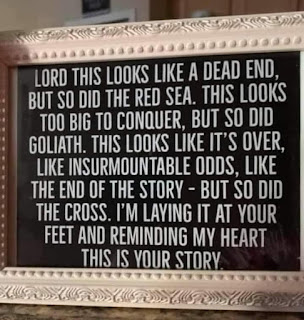 Take heart, Gail-Friends.  President Trump says there is ample evidence of fraud in the election and it will be prosecuted.  Trust in God, who is in control, and pray.  Stay strong, contact your legislators, and let President Trump know you are behind him and praying for him, his family, and his team. 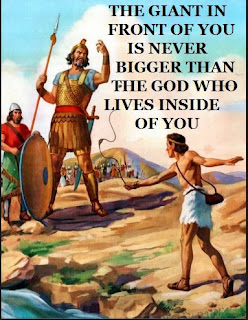 Posted by Gail Griner Golden at Gail-Friends at 9:57 AM 2 comments:

A Song For Such A Time As This 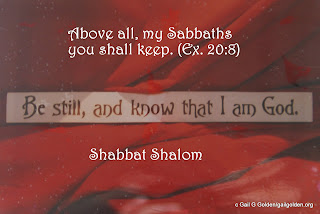 Time to unplug.  Time to rest.  We need it, don't we?  This has been a stressful week.  A stressful year.  Thanks be to God, He gives us this day to recharge and refresh -- especially with worship, praise, and focus on His Word.

I've been waking up every night lately several times with this song running through my mind.  I hope you'll listen and read the lyrics.  It is a message for such a time as this.  Enjoy -- and have a blessed Shabbat Shalom.

Let's stay strong, and continue to pray that God will have mercy on America.  Pray for our President, and that the election fraud will be uncovered and brought to justice.

Posted by Gail Griner Golden at Gail-Friends at 8:50 PM No comments: 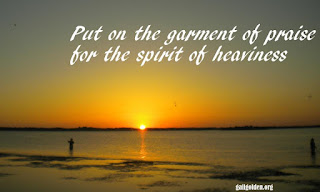 I love this Scripture from Isaiah 61:3.  It has been on my heart since I woke up this morning.  I believe it and I practice it, ESPECIALLY when I watch Fake News.  The election is hanging in the balance, and our spiritual battle must continue.

As we say in the synagogue:

Be Strong! Be Strong! And let us be strengthened!

We must continue to pray -- see my previous post Be Like Esther.  Pray and BELIEVE that the lies, fraud, and cheating will be revealed quickly.

Pray that only the legitimate ballots will be counted and used.

Pray for people to have open eyes to see how fraudulent the mainstream media is in their reporting.  Last night vote counting stopped in many states.  When I went to bed at 11pm, Trump was ahead in electoral votes.  It's very suspicious that the states which are still not declared are the ones that have been troublesome over the past six months.  Democrats control those states, and I am very suspicious of their tactics.

Pray for people to be calm and for peace in our country.

Praise is a weapon in spiritual battle.  I've been reading and meditating on the Scriptures today and these stood out to me:

Glory of the Kingdom

1 A psalm of praise. Of David.
I will exalt You, my God, the King,
and I will bless Your Name forever and ever.
2 Every day I will bless You,
and praise Your Name forever and ever!
3 Great is Adonai, and greatly to be praised
—His greatness is unsearchable.
4 One generation will praise Your works
to another and declare Your mighty acts.
5 I will meditate on the glorious splendor
of Your majesty and Your wonders.
6 They will speak of the might of Your awesome deeds,
and I will proclaim Your greatness.
7 They will pour out the renown of Your great goodness,
and sing joyfully of Your righteousness.
8 Adonai is gracious and compassionate,
slow to anger and great in lovingkindness.
9 Adonai is good to all.
He has compassion on all His creatures.
10 All Your works praise You, Adonai,
and Your kedoshim bless You.
11 They declare the glory of Your kingdom
and speak of Your might,
12 to make known to the sons of men His mighty acts
and the glory of the majesty of His kingdom.
13 Your kingdom is a kingdom for all ages,
and Your dominion endures from generation to generation.

14 Adonai upholds all who fall
and raises up all who are bowed down.
15 The eyes of all look to You
and You give them their food on time.
16 You open Your hand
and satisfy every living thing with favor.
17 Adonai is righteous in all His ways
and kind in all His deeds.
18 Adonai is near to all who call on Him,
to all who call on Him in truth.
19 He will fulfill the desire of those who fear Him.
He will hear their cry and save them.
20 Adonai watches over all who love Him,
but all the wicked He will destroy.
21 My mouth declares the praise of Adonai.
Let all flesh bless His holy Name forever and ever!

The Ruach of Adonai Elohim is on me,
because Adonai has anointed me
to proclaim Good News to the poor.
He has sent me to bind up the brokenhearted,
to proclaim liberty to the captives,
and the opening of the prison to those who are bound,
2 to proclaim the year of Adonai’s favor
and the day of our God’s vengeance,
to comfort all who mourn
3 to console those who mourn in Zion,
to give them beauty for ashes,
the oil of joy for mourning,
the garment of praise
for the spirit of heaviness,
that they might be called oaks of righteousness,
the planting of Adonai,
that He may be glorified.

4 They will rebuild the ancient ruins.
They will restore former desolations.
They will repair the ruined cities,
the desolations of many generations.
5 Strangers will stand and shepherd your flocks,
children of foreigners will be your plowmen and vinedressers.
6 But you will be called the kohanim of Adonai,
They will speak of you as the ministers of our God.
You will eat the wealth of nations
and boast in their abundance.

7 Instead of your shame, double portion.
instead of disgrace they will sing for joy.
Therefore in their land they will inherit a double portion;
they will have everlasting joy.
8 For I, Adonai, love justice.
I hate robbery in the burnt offering.
In faithfulness I will reward My people
and cut an eternal covenant with them.
9 Then their offspring will be known among the nations,
their descendants among the peoples.
All who see them will recognize them,
for they are the seed that Adonai has blessed.

10 I will rejoice greatly in Adonai.
My soul will be joyful in my God.
For He has clothed me with garments of salvation,
He has wrapped me in a robe of righteousness—
like a bridegroom wearing a priestly turban,
like a bride adorning herself with her jewels.

11 For as the earth brings forth its sprouts,
and as a garden causes things sown to spring up,
so Adonai Elohim will cause justice and praise
to spring up before all the nations.

Posted by Gail Griner Golden at Gail-Friends at 5:42 PM No comments: