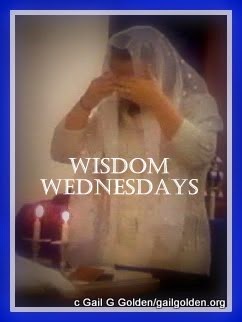 Today, I am continuing the teaching about the word shalom, which started HERE last week.  Shalom means "peace", and praying for peace is heavy on my heart today.  Psalm 122:6 says,


"Pray for the peace of Jerusalem: they shall prosper that love thee."

In light of the sad events occurring in Israel this week, I want to devote this post to Israel.  Over the past weeks, two very sad and troubling events happened.  The first was the kidnapping and murder of three teenage Jewish boys by Palestinians.  A second tragedy occurred when a Palestinian boy was murdered.  All of these deaths are heartbreaking.

This senseless killing has led to rioting, bombings of Israeli cities including Jerusalem and Tel Aviv, and now retaliation by Israel.  Benjamin Netanyahu issued this statement today:


"In recent days, Hamas terrorists have fired hundreds of rockets at Israel's civilians. No other country lives under such a threat, and no country would accept such a threat.
Israel will not tolerate the firing of rockets on our cities and towns.
We have therefore significantly expanded our operations against Hamas and the other terrorist organizations in Gaza.
This comes after our repeated efforts to restore calm were met with increased Hamas rocket fire.
Israel is not eager for war, but the security of our citizens is our primary consideration.

We stand on the side of Israel, and pray for those in the military, as well as the leaders and the citizens.  We also pray for the Palestinians to have peace.

My dear Gail-Friends, I pray for you to stay on the right side of this conflict.  The right side is the side of Israel.  Why?  Because Hashem has said,

"I will bless them that bless thee (Israel), and curse him that curses thee: and in thee shall all families of the earth be blessed" (Genesis 12:3)

He has His hand on this country and has never turned His back on them.  They are a part of His plan for eternity.  That is the reason so many desire the destruction of Israel.

In light of my knowing there are some who think Israel should give up land for peace, I give you this history lesson:
The history of how G-d gave Israel the land is recorded in the Bible in Genesis 12. Muslims, of course, do not accept this, because they do not accept the Bible.
After the death and resurrection of Yeshua, the Messiah, and the destruction of the second temple, many Jews were taken into slavery to other lands, but some stayed in the land.  Jews have occupied it ever since G-d gave it.  They’ve been fought against and enslaved, but have always been favored by G-d in the end.
After World War 1, the League of Nations, through the Balfour Declaration, gave the British control of the land of Israel (aka Palestine) and Jordan; the French were given control of Syria and Lebanon.  The Arabs were all fighting among themselves, as they are now.
Then Hitler and World War 2 came along, and at the end of it, the United Nations, which replaced the League of Nations declared Israel a Jewish state in 1948.   That was when many refugees began to return to their homeland, Israel.  There were Jews in Israel who helped them return and find homes, jobs, etc.
The Arab nations then vowed to destroy Israel and wipe it off the face of the earth.  The Arab religious and political leaders at the time told the Palestinians to leave Israel and go to neighboring countries.  They did this so that they could wipe out Israel without killing their own people.  Hundreds of thousands of Arabs left Israel at that time.  Israel had told them they could live there as one nation.  But, they chose to leave their homes, businesses and land, believing they would be victorious and be able to return.  They weren't victorious and their religious leaders told them to stay out of Israel.  This led to displaced persons camps in Syria, Jordan, etc., where terror groups were bred.  Now the Palestinians want to come back and claim the land they abandoned.

In the name of peace and at the urging of the United Nations, Israel gave land back.  Gaza is the land the Palestinians were given in 1948, but they are free to live and work anywhere in Israel.  Now the Palestinians want all of the land and they want the Jews to leave.  They do nothing for peace....nothing...except repeatedly attack Israel.  You don't see Israel attacking the Palestinians.  But you do see them retaliate when attacked.
Islam, teaches that it is alright to lie, steal, cheat and murder if it advances the cause of Islam.   I recommend you get the Facebook page ACT for America for some good information on Islam.  They also have local chapters that can help you understand all of this.
One other thing, Muslims do not serve the G-d of Judaism or Christianity.  Don't ever buy that lie. We are being taught by our government to "tolerate" and embrace them as fellow believers.  That lie goes against the Bible and is not from Hashem.
**I recommend the video series, Against All Odds, which shows the history I've reported here.  G-d protects Israel, and this series shows the miracles He has performed to protect her. The formation of the country by the UN was a prophecy fulfilled, and there are more prophecies to be fulfilled, perhaps in the very near future.
Another book I recommend related to Judaism and Christianity is Our Father Abraham by Marvin Wilson.  He explains how Christianity stripped everything Jewish from Yeshua (Jesus) and came up with a Hellenized (Greek) religion.  I mention this book because I believe G-d wants us to obey His laws, yet the Christian church has taught people to reject them.  Investigate this for yourself, as I did.  My research led me to embrace Judaism and Hashem's laws, just as Yeshua did.
I believe we all were born for such a time as this.  We are seeing prophecy fulfilled, and I pray for Yeshua the Messiah to return very, very soon.  Things are lining up dramatically and I believe He could return within my lifetime.

Please join me in praying for the peace of Israel, and be ready, Gail-Friends.  He could come at any moment. Be ready as outlined in Matthew 25. I pray for Hashem to open your eyes to these truths.


Tuesdays with a Twist


A Hope in Every Season Homemaking Link-Up
Wordless Wednesdays

Posted by Gail Griner Golden at Gail-Friends at 10:35 AM