Should Christians Study the Torah? 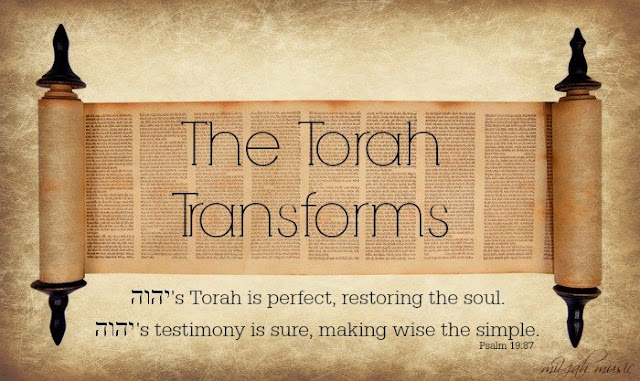 My study of Torah began in 1996, around the time I made my first trip to Israel. This study has been life changing.  I call the Torah "Bible 101" because I believe it is the basic understanding one needs in order to understand The Scriptures - especially the New Testament.  I found this article very helpful for those who seek to know and understand.  I hope you will ponder this and prayerfully consider these truths.


Should Christians Study the Torah?

The study of the written Torah should be paramount in everyone’s lives, since it provides the foundation and context for truly understanding the mission and words of the Messiah Yeshua Himself.  Indeed, it can be argued that reading the New Testament without a solid understanding of the Torah is like reading out of context – invariably ideas alien to the true meaning of the text will be imported and erroneous conclusions will be formed. (The books of the New Testament were not compiled until 480 to 500 years after the resurrection of the Messiah.)

Often Christians think that the written Torah is virtually irrelevant today, since the doctrines of the Church are made explicit in the New Testament writings.  However, this is a serious mistake, as the following facts will demonstrate:

1.      Yeshua and all His disciples were Torah observant Jews.  The Scriptures that they studied loved, and quoted were the Torah, the Prophets, and the Writings.  As a child, Yeshua would have studied the Torah and memorized it with other Jewish children.  He would also have been familiar with the teachings of the earlier Jewish Sages of Israel. (Gamaliel, Hillel, and Uziel)

Indeed, Yeshua said that He did not come to abolish the Torah or the Prophets, but to fulfill them (Matt. 5:17-19).  He later told a prospective follower of His, “If you would enter life, keep the commandments” (Matt. 19:17).

2.      Yeshua said that the Jewish Scriptures plainly testify of Him (John 5:39).  As His followers, we should understand what this means and how they indeed bear witness of Him as the King of the Jews (Matt. 2:2, 27:11).  In addition, by studying Torah, we can more fully appreciate the glory and grace as revealed in the Person and Work of our beloved savior.  For example, we can more fully savor the role of the sacrificial system and how Yeshua fulfilled all of G-d’s holy requirements on our behalf as the Kohen Gadol (High Priest) of the New Covenant.

3.      When two disciples were on their way to the town of Emmaus discussing the implications of the crucifixion of Yeshua three days earlier, who but Yeshua Himself appeared alongside of them and taught them from the Jewish Scriptures?  “And beginning with Moses and all the Prophets, he interpreted to them in all the Scriptures the things concerning Himself’ (Luke 24:13-36).

4.      The “Church” was born on the Jewish holiday of Shavot (Pentecost) among the Jewish people in Jerusalem.  Peter’s sermon during that festival (Acts 2:1-41) was entirely Jewish, quoting from the Prophets and David, which would have meant little to any Gentiles in earshot (if there were any).  It is likely, therefore, that the 3,000 people who were saved that day would have all been Jewish.  The earliest members of the new church met regularly in the Temple, where Gentiles were explicitly excluded (Acts 2:46).  Note the Apostles Peter and John are recorded to have gone to the Temple for prayer during the time of the minchah (afternoon) sacrifices (Acts 3:1), and their ministry continued exclusively among the Jewish people, “among whom were thousands who believed and were zealous for the Torah” (Acts 21:20).  Even after they were imprisoned but miraculously escaped, an angel told them to “go, stand and speak in the Temple to the people all the words of this life” (Acts 5:20).

5.      Later, when the Jerusalem Council wrote their letter to the Gentiles regarding their relationship to the Torah, they advised them to at first abstain from those things that would make them abhorrent to the Jews, with the assumption that they would later go on to study the Torah of Moses and the other Jewish Scriptures (Acts 15:19-21).

6.      The Apostle Paul was raised a Torah observant Jew who studied under the famous Rabbi Gamaliel in Jerusalem (Acts 22:3).  Rabbi Sha’ul (as he would have been called) was well established in the Jewish leadership of his day, and even had a relationship with the Sanhedrin and High Priest (Kohen Ha’godal) of Israel (Acts 9:1-2).  But even after his conversion on the road to Damascus (Acts 9:1-21), he still identified himself a Jew.  In Acts 23:6 he confessed, “I am (not was) a Pharisee.”  He even declared that concerning the observance of the Torah he was “blameless,” which indicates that he observed a Jewish lifestyle to his dying day (Phil. 3:6; Acts 25:7-8, 28:17).  Paul even took the Nazirite vow (Acts 18:18), lived “in observance of the Torah (Acts 21:23-24), and actually offered sacrifices in order to be released from his Nazirite vow, but also paid for the sacrifices for four other Jewish believers!  Notice also that this was performed at the explicit request of James, the head of the Jerusalem Church (and half-brother of Yeshua).

Paul regularly attended synagogue: “He came to Thessalonica, where was a synagogue of the Jews.  And Paul, as his manner was, went in unto them, and three Sabbath days reasoned with them out of the Scriptures” (Acts 17:1-2).  And when Paul later wrote to the Gentile churches, “All Scripture is breathed out by G-d and profitable for teaching, for reproof, for correction, and for training in righteousness…” (2 Timothy 3:16-17), he was of course referring to the Jewish Scriptures, since the New Testament had not yet been compiled for the Church.

7.      Many Christian denominations profess to believe in the authority of both the “Old Testament” and the New Testament Scriptures while functionally regulating the study of the Torah to the dust heap of history.  If the Jewish Scriptures are to be taken seriously at all, these denominational traditions attempt to explain away their clear reading (for example, the covenantal promises made to ethnic Israel) and arrogate the intent of the text as being applicable solely to the church.      (copied) 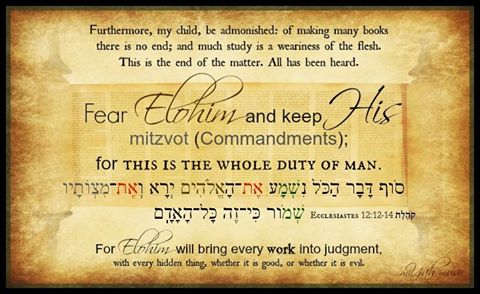 Posted by Gail Griner Golden at Gail-Friends at 8:52 AM