Blessed is the Nation Whose God Is the Lord 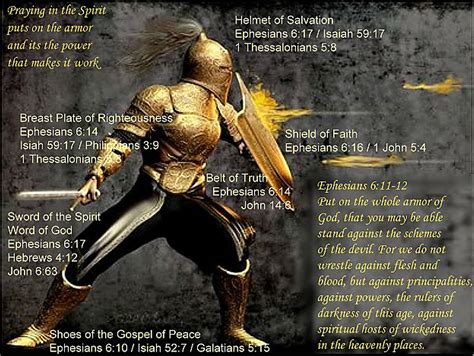 We are going through perilous times, Gail-Friends.  I want to encourage you to pray and be prepared.  There are evil forces hell-bent and determined to destroy our beloved country.  I've decided to fight this battle with spiritual weapons and to use my blog to bring Scripture, blog posts, articles, and stories to encourage you in this fight.

I read this post on Keeper of the Homestead Blog on Facebook and thought it would be helpful:

"A couple months ago I had friends warn me that TRUMP was the Antichrist and a part of the NWO and that he was going to bring about the Mark of the Beast somehow. Well, at first I was feeling frustrated, to be honest. I wasn’t sure how to respond. I had people accusing me of worshipping him, which is not true at all, by the way. I only worship Jesus!
These people so soon jumped off the band wagon and I just decided to hold on, fact check, see how things would play out, and find some answers before I could properly post something on the matter. I believe God called this man for this time and for a special purpose. As we all are! We all have been anointed by God for a special purpose. No matter how big or small it is, we have to stay focused, stand firm, and trust God will finish the work he began. I also believe this about our president. I think God will finish his work, he will use this man as a vessel to fight for us not against us. I could not find anything conclusive to support the other claims.
It was said that there will be a mandatory vaccine which I personally do not agree with bc with any virus, the shot will not cure it or even get rid of it. Just like the flu shot, people still get it. It is not 100% effective. Recently, I saw an interview where Trump specifically said he was wanting a vaccine but that people can get it if they want it or they can choose NOT to get it. He also stated that the economy is going to open with or without the shot. I do realize there will always be those places of employment, schools, or organizations that will make the shot mandatory, like they have already done for years. If you don’t want the shot, you might have to pick a different career, homeschool your kids, or do what you need to do to avoid it.
And Trump also put together a brilliant letter to the World Heath Organization stating all they did which was corrupt and unacceptable and that they needed to fix these issues or he would permanently suspend funding. That is incredible!
He made an executive order to open churches!!! That’s incredible! Don’t start drama on my post about why you feel that is dangerous! I have had it up to here(me motioning way over the top of my head) with the politically correct catch phrase “so you feel SAFE” junk!!! My goodness if safety was a imminent concern, why keep Walmart open?!?!? Or abortion clinics?!?! Duh

so we can’t get sick if we all go shop at Walmart? Ya right!!!! Don’t say it’s for your safety around me! Or that you are a hero bc you are following the CDC guidance for safety. I will literally vomit

I am so done! I love that our president is always on the cutting edge of the science, and science is also another BUZZ word, btw.

he is taking HCQ, wow! I think he is my hero! Besides Jesus and my husband, he is a pretty amazing man! I love how he put himself and his safety on the line to prove to us how much he cares. And that will help people!!! The HCQ is the one safe effective treatment, but pharmaceutical companies can’t make money on that, it’s way better for them if they have more Covid19 deaths. Follow the truth folks.
Now he is battling with the Big Tech corporations like Facebook, Twitter, and YouTube for their biased censorship. I love his new press secretary, Kaleigh, she is a strong believer and fighting alongside him to ward off the wolves who just keep prowling around to take out Gods appointed leader. Keep praying for Trump, and don’t go back to sleep. It’s time to wake up, we have to stay vigilant to proclaim truth and praise to God! For he is worthy!"
Posted by Gail Griner Golden at Gail-Friends at 10:53 AM