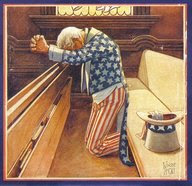 Please read this article by Franklin Graham, then PRAY,  and take action QUICKLY.  The House of Representatives passed this act on February 25.  The Senate will be voting on it soon.  Find and contact your senator at this LINK.   Urge them to vote NO.  You can also call the Capitol Hill Switchboard at 202-224-3121.

We Cannot Remain Silent!
The Equality Act is a dangerous threat to our nation.

I am writing to you about a very dangerous piece of legislation—the Equality Act. The Biden Administration has said they want to pass this within their first 100 days. I cannot say this more emphatically—for people, for businesses, and for ministries of faith, the Equality Act is a threat to life as we know it in our nation today. It's a real game-changer.

The Equality Act will:

These are just a few examples. Friends, this is a pivotal time for our nation. The impact of this legislation is immense. We must not remain silent and accept what we know is wrong.

People of faith need to PRAY. Churches need to recognize the significance of this and pray corporately, asking for God's intervention and mercy to extend the religious freedoms we have been blessed with for so long.

In these fleeting hours before the Equality Act comes up for a vote again, we must act now!

Posted by Gail Griner Golden at Gail-Friends at 8:12 PM