Thankful Thursday - So Much Winning 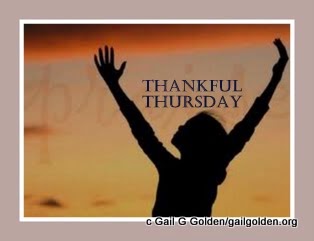 Wow! What a week! And so much to be thankful for!

First, and foremost, I'm thankful that  President Trump has been acquitted in the sham impeachment trial.  It's shameful what the Democrats have done to him and his family.  I pray for President Trump and his family daily, especially for their strength, because they are at the forefront of this fight to save America.  God bless him, Melania, and all who are in the battle.

Over the  past weeks of the trial, I have consistently prayed and remembered this Scripture:  "Some trust in horses and some in chariots, but we will trust in the Name of Adonai."  I replace the word horse with senators and the word chariots with lawyers.  Why? Because I know, from past experience, that God can make a way where there seems to be no way.  My faith is not in Trump or anyone in this fight but in my mighty, all-powerful God.  How things turn out is in His hands.  I thank Him for having mercy on us this week.

I'm also thankful that we can watch the impeachment trial on the internet.  I didn't say television because not all of the major networks covered it, and I think that's shameful.  We are watching history play out right before our eyes, Gail-Friends.  I'm so thankful for other news sources besides the biased, alphabet television news.  I gave up on those news outlets many, many years ago because I see them as propaganda machines for the progressive agenda that is trying to fundamentally change America.   We have options now because of the internet:  CSPAN covers government hearings and events and archives the videos.  I'm thankful for YouTube (although they are notorious for censoring and removing conservative videos).  We have the websites of Breitbart News, One America News, and Right Side Broadcasting who report the news with a conservative viewpoint.

I'm grateful for the president's State of the Union Address on Tuesday night.  I loved seeing the recognition of America's heroes and especially the presentation of the Medal of Freedom for Rush Limbaugh.  I enjoyed hearing about the accomplishments of President Trump over the past year, and I'm thankful that he is keeping the promises he made in his campaign.  It's so great to have a president who believes in the American ideals I grew up with, and who encourages excellence and individual effort to be outstanding.  God bless him for turning his back on Obama's doom and gloom about America being finished.  Our country is roaring back to life in so many ways and I give God the glory for all of it.

I had a conversation with a friend about President Trump this week.  We both agreed that he has some very rough edges and often says things we find objectionable.  But this is how I look at it:

There is a famous artist and author that I dearly love.  I have her art and her books in my home and they bring me great enjoyment.  Sadly, she is a very liberal Democrat.  She hates Republicans and she hates Trump.  She loves Obama and Hillary Clinton.  She's a proponent of baby murder.  I never knew her political views until recently when she posted about it on her blog.  She's alienated many of her followers and clients because of this, including me.  I will never give her another penny because I don't want to support her in her efforts to destroy America.  But I still love her art and her books.  But I will only buy them second hand - so that she can make no profit from me.  I pray for her to have eyes to see and ears to hear the truth.  I pray for her to know Messiah Yeshua and to obey His Word.  I pray for her to completely turn to Adonai, the God of the Universe and follow His ways.

I pray the same for President Trump.  I don't like some aspects of his personality and I can't, and won't, defend his brashness and profanity.  But I love what he's doing for my country.  That's what I support because he's doing a fantastic job of making America great again.

I also remember that we are all on a journey.  I have been blinded in the past.  I said and did things that I'm ashamed of now.  I've repented, and thank God for His forgiveness through Yeshua.  I did not understand things about God and His Word that I see clearly now.  So, I pray for people like Trump and "the artist."  I pray for them to be humbled and to turn to God.  I pray for them to know the life that results when one follows Him whole-heartedly.

Another thing I'm grateful for this week is that evil is being exposed.  This is an answer to my prayer.  During the President's SOTU address, the Democrats refused to stand up or applaud for all of the good things mentioned in that speech.  It was shameful.  Their hate of America was on full display for all to see.  And the Speaker of the House, Nancy Pelosi was on camera the whole time, making faces and shaking her head "no" on almost every point.  She was signaling the Democrats what to do and not do.  And at the end, she tore up her copy of the president's speech to show her pure contempt of him and his message.  Through her actions, she also showed contempt for all the good done over the past year, and of the wonderful heroes like Rush Limbaugh.  It was shocking!

Well, you may say, do I pray for Nancy Pelosi and show her the same tolerance as Trump and the artist?  Yes, I pray for her, but I also recognize the pure evil on full display.  Discernment and wisdom are equally important in this fight, Gail-Friends.  There's a difference between someone being immature in their faith and someone who has an agenda straight from Hell.
,
Strong words, right?  I say that because abortion is murder.  Adultery, homosexuality, transgenderism, pedophilia, and other sexual aberrations are clearly defined in the Bible as sin.  The Democrat party embraces, promotes, and even glorifies these horrible sins.   They also support illegal immigration, civil unrest, and disrespect of our military and police force.

And so, my friends, I must ask the question -- how can you say you are a follower of Yeshua and be unequally yoked with the platform and actions of the Democrats?  Please think about it.  Research it for yourself.  Look up what the Democrat party stands for (their platform) and then search the Scriptures to see if that platform aligns with God's Word.

I'm so grateful we live in a country where we can stand up against evil and work to end actions that are damaging to our families, neighbors, states, and beloved country.  It is our civic and spiritual duty, and we must take it very seriously.  The Democrats do -- and they are very active in their pursuit of changing America.

We cannot rest on our laurels because of this wonderful victory.  We must pray and put feet to our prayers.  I'll post more about that in the days ahead.  Like Esther, we were born for such a time as this.

Posted by Gail Griner Golden at Gail-Friends at 3:52 PM