Put Feet to Your Prayers 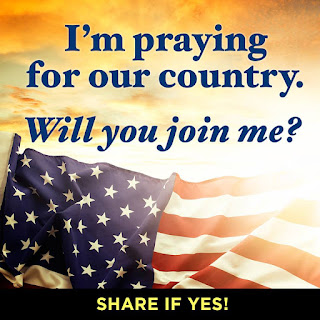 I've been greatly informed and inspired by this LIVE event - America Fest 2021.  Speakers like Sarah Palin and Marjorie Taylor Greene (my heroines) have reminded me to Take America Back and to Make America Great Again.

Governor Sarah Palin reminded me to fight even though I'm misunderstood, hated, and called names.  She and her family have been through so much during, and after, her run for Vice President. What the left did to her is shameful.  But, she inspired me by saying, "I know I'm right, so I don't let it bother me!"  Yay, Sarah.  I needed to hear that.

Congresswoman Marjorie Taylor Greene is a fighter, too.  She shared some things that are going on in our government - such as the abuse and neglect of people imprisoned because of the January 6 event in Washington D.C. You won't hear about these things on the alphabet news.

Topics I've listened to so far have informed me about Critical Race Theory (CRT), our freedoms established by our Constitution and Bill of Rights, and to fight back against the evil people trying to destroy our beloved country.

One panel discussed how public education and colleges are destroying our families by using the "trans" push.  I hope you'll listen to How Cultural Marxists Hijacked America, which aired on December 19.

Today, I'm listening to a panel discussion of election integrity.  In spite of the fact that the media refuses to cover it, the fraud is being uncovered daily. So much, in fact, that I sincerely believe Donald Trump won that election.  Audits show that Joe Biden did not win Arizona or Georgia.    If you want to know what's really going on, you'll never hear it on the mainstream news shows.  And, I think you should have to dip your finger in purple ink, like Iraq, to show that you've voted and can't vote twice. Lots of that went on, trust me.

Rep. Louie Gohmert spoke truth when he said, "People say, 'it's alright.' God's in control'."  Louie said, "That's true, but God doesn't expect us to lean on our shovel and pray for a hole."

I agree because we have a duty, as citizens, to do our part.  I've preached this for years, and still believe it even though it looks hopeless at times.  I want to hear God say, "Well done, good and faithful servant" one day.  As long as I'm here, I'll do my best to be the best believer, wife, mother, grandmother, rebbetzin, and citizen that I can be.  It's called putting feet to my faith.  This event has reminded me to pray and take action while we have the freedom to do it.  These speakers talk about actions we can take to affect our country and our future. 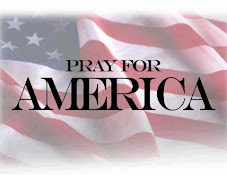 I hope you'll visit this link for the list of speakers and topics:  Turning Point USA - America Fest 2021   Today is the third day and it ends tomorrow (12/21).  I'm sure the videos will be recorded and  available there and on YouTube.

This event is geared toward young people / college students, so the music is loud and the crowd (and some speakers) are a bit raucous.  I'm enjoying it, though.  I hope you will, too.

PRAY AND PUT FEET TO YOUR PRAYERS,  GAIL-FRIENDS!

Posted by Gail Griner Golden at Gail-Friends at 4:12 PM