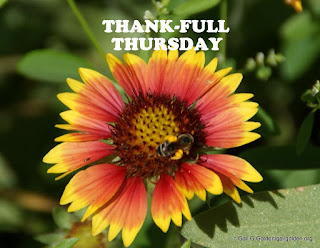 I've had a busy month, and need to catch up!

At the beginning of the month, we attended the local March for Life. 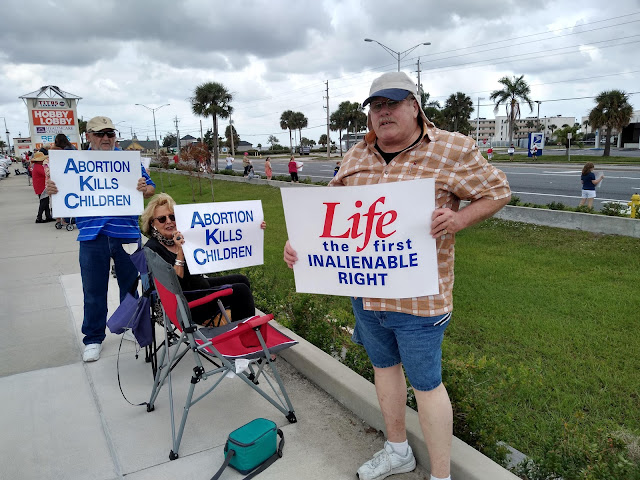 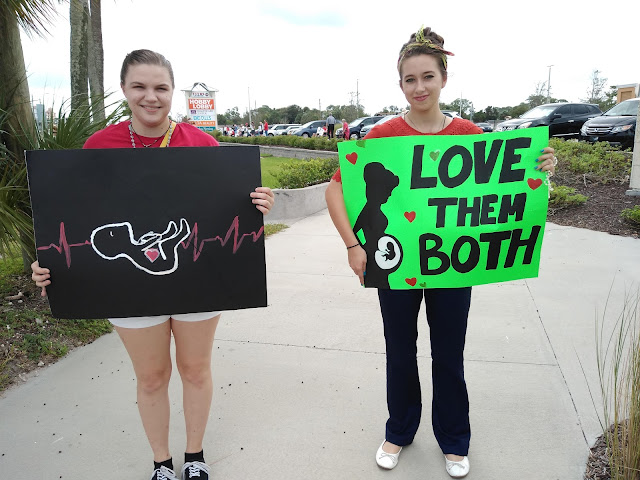 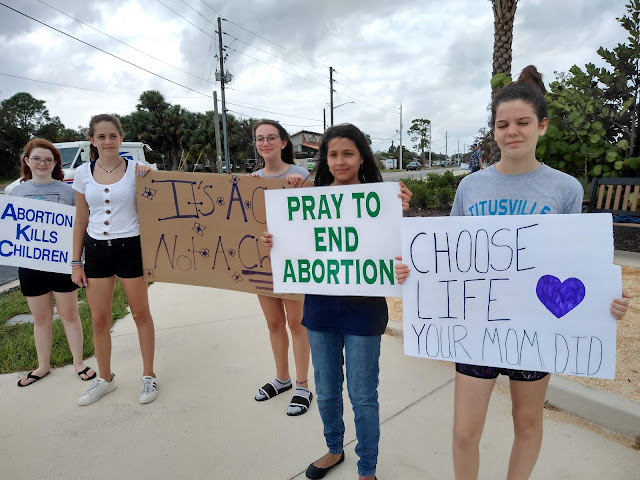 There was a good turnout that day, in spite of the threatening rain, which held off until we were finished.  It was good to see many teens join the event.   And you have to admire this dear woman who came out in spite of her limitations. 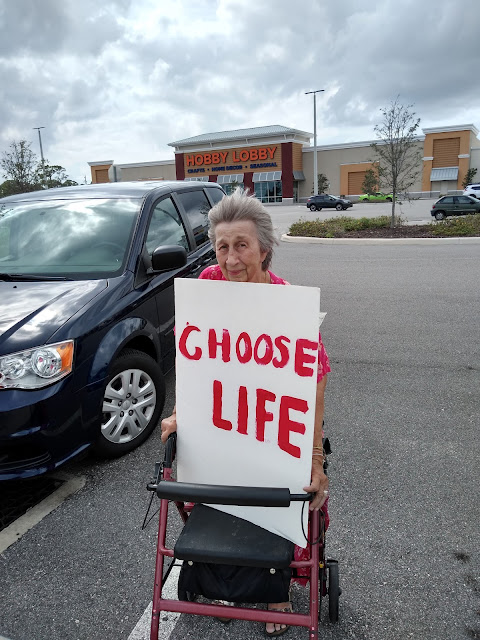 As we stood on the street, I thought about all of the faithful people who have continued to fight against abortion since the 1970's.  I'm so thankful that they have never given up and that their fight is now beginning to be effective.  I read recently that now there are many states that DO NOT HAVE ANY ABORTION CLINICS!!!!!  That is a BIG HALELUYAH!   But, we can't give up now.  We have to keep praying and putting feet to our prayers.  I believe Roe v Wade will be overturned!

We had a wonder-full Feast of Tabernacles celebration.  Here are a few photos: 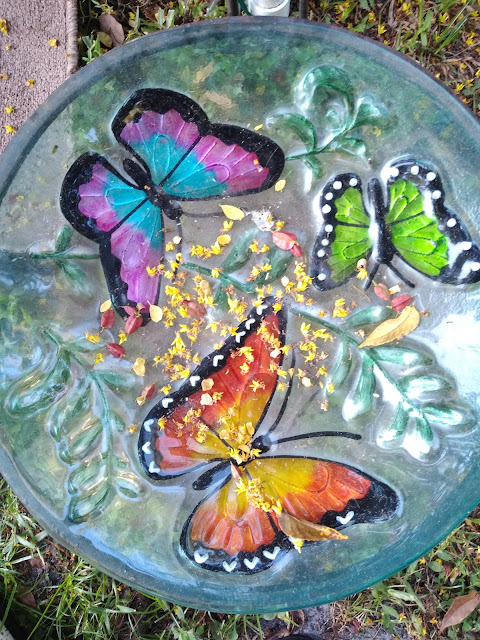 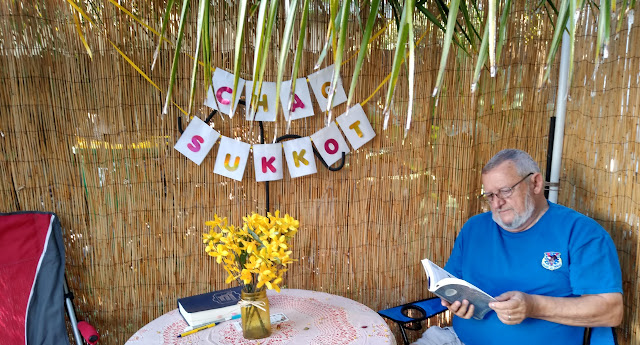 The golden rain tress were showering us with golden rain blossoms every day.  It brought to mind the manna Adonai provided every morning during the Jews' journey from Egypt to the Promised Land. 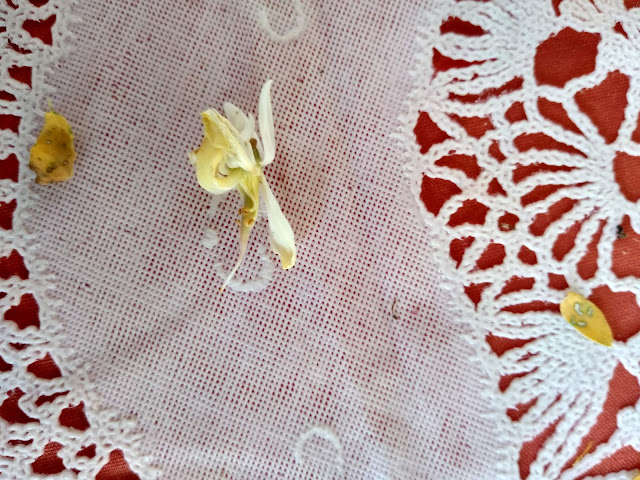 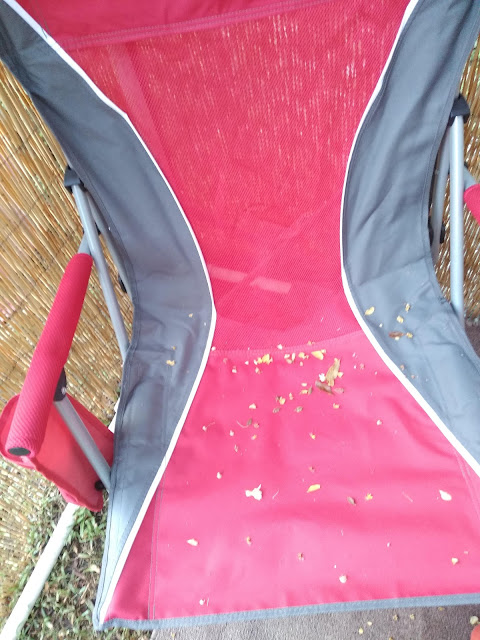 My dear, long-time friend, Barbara, made an amazing item for our synagogue. 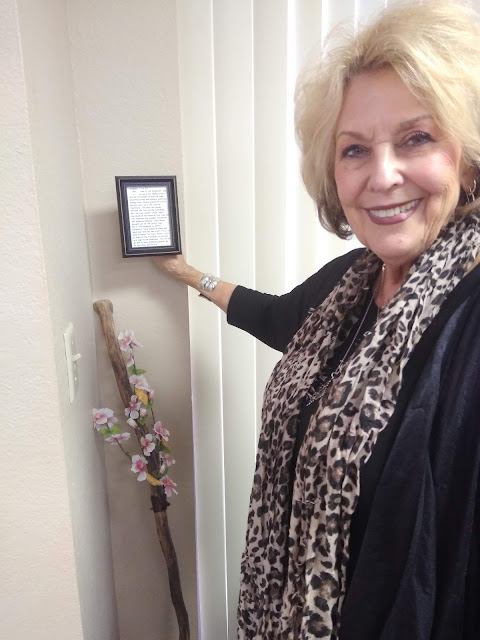 This stick is her interpretation of Aaron's rod that budded.


Here is the Scripture about the rod: 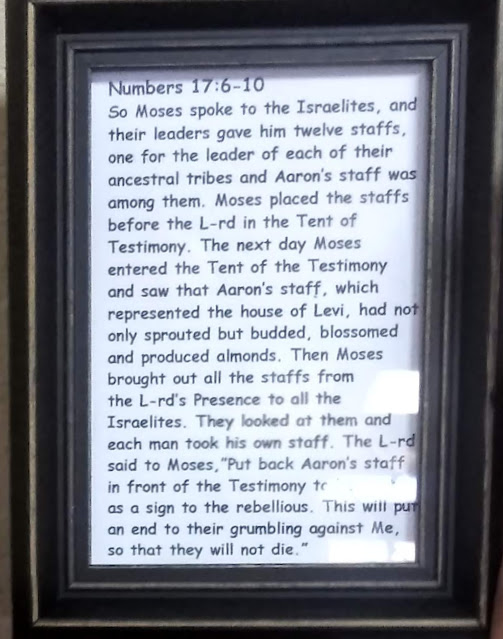 Adonai wanted the rod to be seen "as a sign to the rebellious" and so that  "this will put an end to their grumbling against Me, so that they will not die."  Something to think about, right?  Adonai says grumbling comes from rebelliousness and it brings death.  Ponder that, Gail-Friends.

I had a great birthday month.  That's one reason I haven't been doing my weekly thankful post.  So here are some things that have been happening at Golden Cottage. 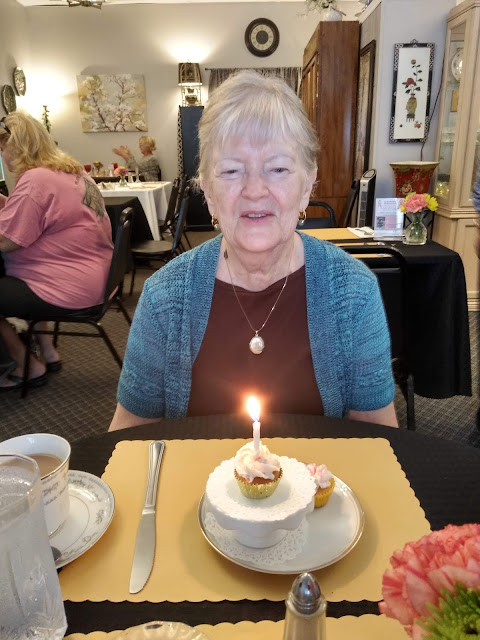 My dear friend, and fellow-mother-in-love, Betty and I celebrated "our" birthdays at a local tea room.  So much fun.  It's our annual tradition.  I had special times and special gifts and cards from so many that I'm not going to try to put them all in this post because I might forget something.  Suffice to say that I had a fabulous birthday month.

I saw this unique book art at our local library.  The creativity of people always amazes me. 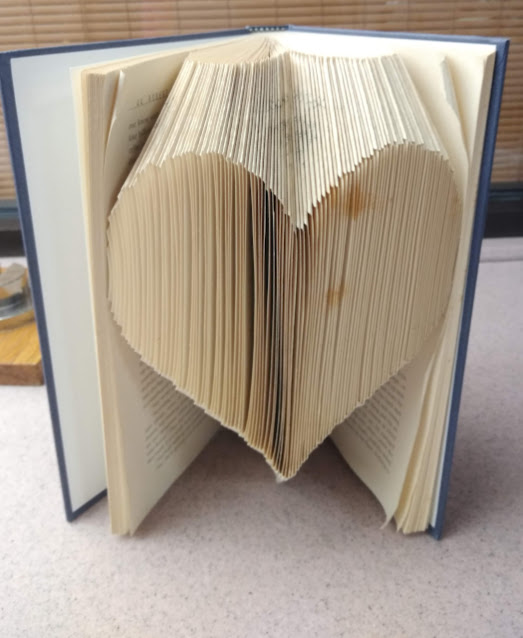 My talented artist friend, Paula, and I are on a low-carb lifestyle and are determined to find Aldi's new zero-carb bread.  Well, Paul found some and dropped off a loaf for me one day.  Surprise, Surprise - she also gave me this painted rock.  Ponder this one, too, Gail-Friends.  Isn't that creative??? 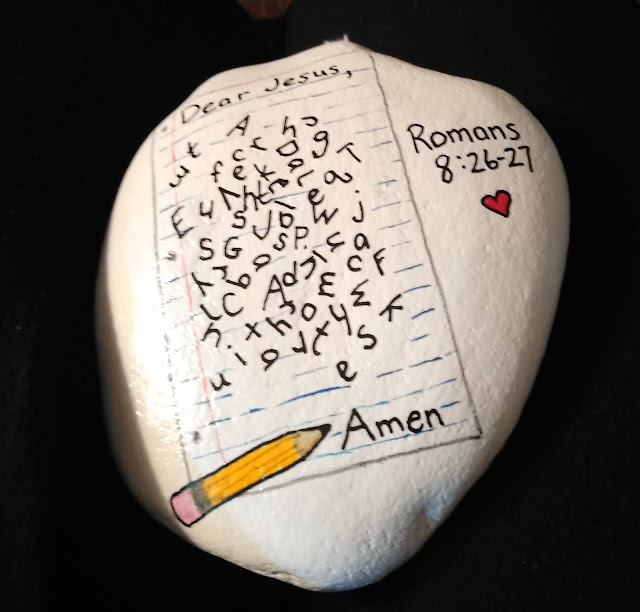 Jem made a sugar-free chocolate cake for me for my birthday.  How sweet is that?  (And it really was sweet.  You couldn't tell it was made with an artificial sweetener.)  My dear husband is such a gift.  Just being his wife is a gift.  He's never made a cake before, and it turned out really good. 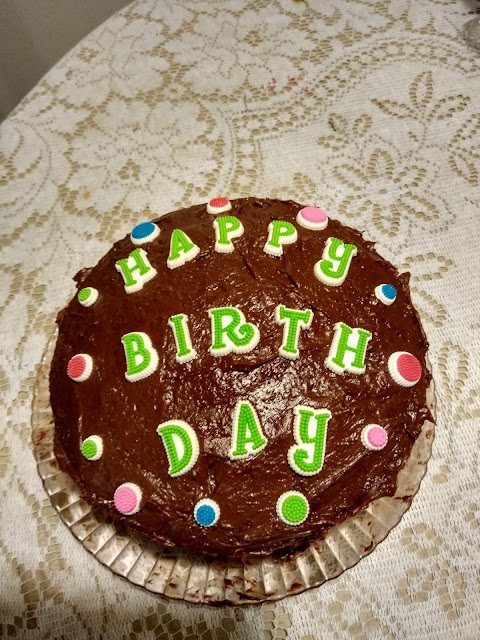 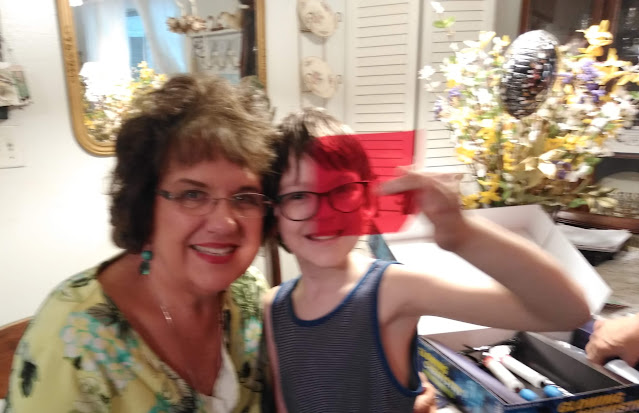 Our grandson celebrated his tenth birthday this month, too, so we had a family get-together to celebrate.  We gave him a science-related gift and he was enthralled as you can see.  Being with family is the best birthday present for sure.  I'm so thankful that they live nearby.

I'm thankful, too, that we got to spend more time with my uncle.  We took him to the air museum where Jem is the curator.  This is the only photo I got that day.  This is first curator of the museum.  He is also a Medal of Honor recipient.   A real hero!  Come to find out, my uncle and he were stationed at the same base during WW2.  Amazing! 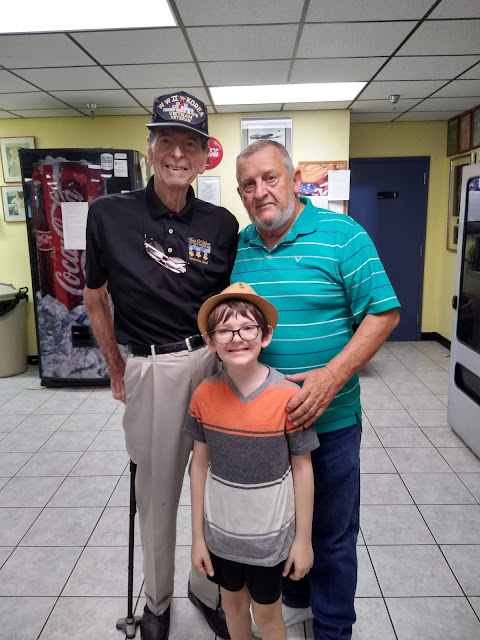 Well, I think (and hope) I'm caught up!  I'm feeling a bit under the weather this week, having caught a cold from someone when I had jury duty on Monday.  This morning, I made some elderberry syrup and started taking it.  It's supposed to stop the flu (just in case).

What are you thankful for, Gail-Friends?

Blessings, shalom, and have a good week.


Posted by Gail Griner Golden at Gail-Friends at 2:56 PM