Can You Hear the People Sing? 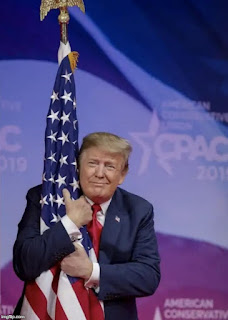 Personally, I don't care for Trump's brash personality, but I whole-heartedly approve of what he's done for my country.

I ran across this video/song that I think is really appropriate for this time in history.  It's called Trump's Anthem or  Deplorables Unite to the tune of Can You Hear the People Sing from the Broadway play, Les Miserables, and has the lyrics on the screen.  I hope it touches and stirs you in the way it did me.  I have chills every time I watch and listen to it.

Maybe you, like me, are tired of the same-old, same-old in D.C.  I believe Trump was born for such a time as this -- to return our country to our roots.  The previous administration ran on "change", and they changed many values, morals, and principles that I hold dear.  I'm praying for those things to be corrected.  If you are like-minded with me, now is the time to stand and defend your country.  Vote to change it back to the greatness we experienced in the past.  I'm still proud to be an American and will do whatever I can to preserve and keep her.  Right now what I can do is vote for Donald J. Trump and I already did that.  I plan to detail more we can do in another post this week.

I found the following article on FB and think it's quite appropriate for what we're experiencing right now:

I still love my Democrat friends and family but...you see it your way... I'll see it my way!

You see Trump’s racism, I see Trump’s words being misconstrued and twisted by the media daily to fit their narrative.

You think Trump hates immigrants, I know Trump is married to an immigrant.

You see Trump putting an end to immigration in America, I see Trump welcoming immigrants to America LEGALLY.

You want someone more Presidential, I’m happy we have someone who finally doesn’t just talk the talk but actually walks the walk.

You and I? We see things very differently.

(feel free to share this with a Democrat, or any undecided voter. (copied and pasted from Facebook - source unknown) 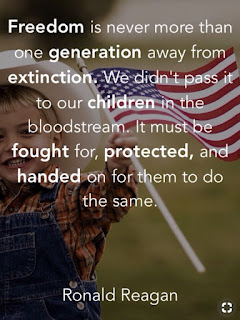 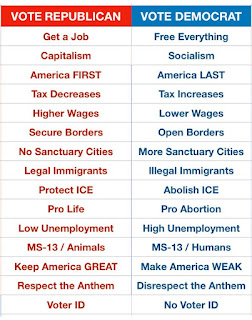 Posted by Gail Griner Golden at Gail-Friends at 8:53 PM