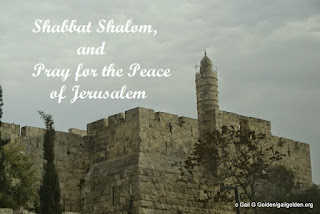 Dear Gail-Friends, please read this article and pray for Israel:

by Emily Jones on CBN.com


Israel is bracing itself for the one-year anniversary of the Great March of Return on the Gaza border.

Israeli soldiers and demand the return of Palestinian refugees to the land they were driven out of or left behind during Israel's war for independence.

While some have branded the mass demonstrations as non-violent, many Gazans throw explosives at


Hamas leader Yahya Sinwar said in an address to Gazans last year that the goal is to infiltrate Israel and forcefully remove Jews from the land.

"The March of Return will continue… until we remove this transient border," he said, adding that the ** protests "mark the beginning of a new phase in the Palestinian national struggle on the road to liberation and 'return'… Our people can't give up one inch of the land of Palestine."

On April 27, 2018, Al-Aqsa TV reported on the "Fence Cutters Unit" in Gaza chanting: "Khaybar, Khaybar, oh Jews, the army of Muhammad has begun to return."

One of the masked members declared: "Today is the day of the march toward our occupied and robbed Palestinian lands. Today, we cut the Zionist enemy's main barbed-wire fence on the Gaza border," adding that Israel is "destined for perdition."

The Great March of Return, which began March 30, 2018, was originally planned to be a six-week protest, but quickly turned into weekly, often-times deadly, confrontations with the IDF.

Ambassador Alan Baker, Director of the Institute for Contemporary Affairs at the Jerusalem Center for Public Affairs told CBN News the report ignored violence from Palestinians.

"The report completely and utterly ignores the fact that these are very violent demonstrations, including the use of firearms and throwing grenades, breaking through the fence, people who've been given maps of Israeli towns and villages in close proximity to the border fence so that they can get there and kill as many Israelis as they can," said Baker.

Saturday's demonstrations come after Gazan terrorists launched dozens of rockets at Israeli citizens over the past few weeks.

The Israeli military said it had increased the number of troops along the border with the Gaza Strip to prepare for another wave of violence during the protests.

Prime Minister Benjamin Netanyahu visited troops on the border Thursday and said he is prepared to take further military action in Gaza, but only as a last resort.

"If we need a broader operation, we will enter it strong and confident, and after we have exhausted all other options," Netanyahu said.

Posted by Gail Griner Golden at Gail-Friends at 2:19 PM